Love and Other Moods follows complexities of adulting, of parenting, of the urban quest for love and finding one's place in the world…

Love and Other Moods 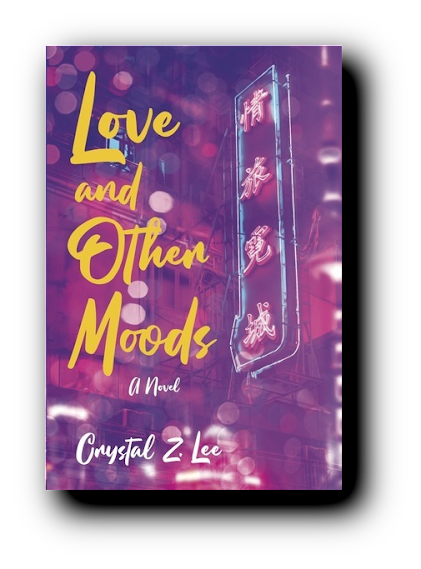 Love and Other Moods is a coming-of-age story set in contemporary China, about falling in love, learning to adult, finding strength, and discovering one’s place in the world.

Naomi Kita-Fan uproots her life from New York to China when her fiancé’s company transfers him to Shanghai. After a disastrous turn of events, Naomi finds herself with no job, no boyfriend, and nowhere to live in a foreign country.

Amidst the backdrop of Shanghai welcoming millions of workers and visitors to the 2010 World Expo, we meet a tapestry of characters through Naomi: Joss Kong, a Shanghai socialite who leads an enviable life, but must harbor the secrets of her husband, Tay Kai Tang. Logan Hayden, a womanizing restaurateur looking for love in all the wrong places. Pan Jinsung and Ouyang Zhangjie, a silver-aged couple struggling with adapting to the ever-changing faces of their city. Dante Ouyang, who had just returned to China after spending years overseas, must choose between being filial and being in love. All their dreams and aspirations interweave within the sprawling web of Shanghai.

This multilayered novel explores a kaleidoscope of shifting relationships—familial friction, amorous entanglements, volatile friendships—in one of the most dynamic metropolises of the twenty-first century.

“This heartfelt, transporting story sparkles with a constellation of characters who call this city home while pursuing their China dream. As multifaceted as Shanghai itself, this novel follows overlapping narratives about the complexities of adulting, of parenting, of the urban quest for love and finding one’s place in the world.”

— EMILY TING, film director of Go Back to China and Already Tomorrow in Hong Kong

“Awash with cosmopolitan expats and jet-setting locals, Love and Other Moods shimmers like the diamonds adorning China’s glitterati, while exposing haunting personal histories and intergenerational strife. With dazzling twirls around Shanghai’s World Expo, glitzy fashion shows, art deco architecture, jazz clubs, gourmet restaurants, and disappearing food stalls, this novel compellingly pulls the reader into the pleasures and pains of becoming an adult in a city soaring to global status.”

— JENNY LIN, Ph.D., Associate Professor of Critical Studies at the University of Southern California and author of Above sea: Contemporary art, urban culture, and the fashioning of global Shanghai

Naomi had packed four suitcases from New York, and right now they were stacked unevenly on top of one another in the hallway, forcing the front door to open only halfway, just tight enough for her to slide in sideways. She couldn’t remember the last time she had lived by herself. The lonely apartment was mildly depressing.

She felt like walking aimlessly. She passed by wrinkled men playing a game of Chinese chess, teenage girls in designer sunglasses taking photographs of each other, a woman gesticulating wildly as she yelled into her cell phone, tourists examining a guide book, a cloud of second-hand smoke drifting from outside a cafe, Uighur men selling kebabs, well-heeled shoppers clinging to their purchases, two men in yarmulkes talking heatedly, shrieking children competing with the racket from honking vehicles, and the sea of commuters gushing out of the Huangpi Nan Lu metro stop. Naomi let herself be swept up into the human river, bodies crushing against each other, arms brushing and shoving, no apologies no offense taken. Being in this city meant your senses were constantly accosted.

A man approached her with a flier featuring images of iPhones, Rolexes, LV handbags, and said that their shop was just ahead in an alley. She declined and quickened her pace. She spotted an empty bench by a bus stop and flopped down. Barely noticing as the traffic whizzed by, the racy selfie on Seth’s phone resurfaced in her head. A steady stream of downpour coaxed pedestrians to open a colorful array of umbrellas, or duck into convenience stores, boutique shops, malls entrances. Naomi felt wholly unequipped and unprepared, again, by this city.

Her hair was stuck to her face and her forehead was damp. She was relieved that the inclement weather matched her mood, for tears had started forming and slithering beneath her eyes, blending with the droplets of rain running down her face. She wiped it away with her sleeve. She just wanted to throw up all the fury and regrets that were lodged in her stomach, she wished it could all be flushed out of her head.

It was starting to hit her, the reality of having no boyfriend, no job, and nowhere to live.

She wondered if the sprawling metropolis of Shanghai was too small to co-exist with her ex-fiancé. 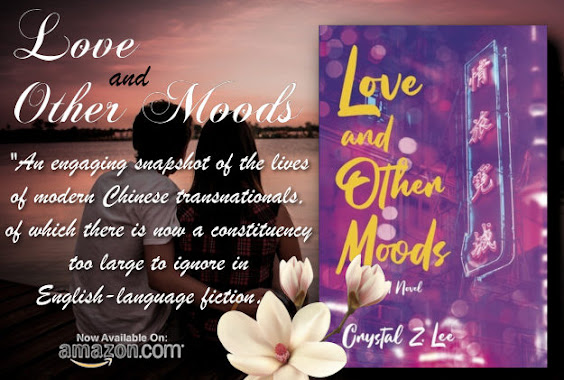 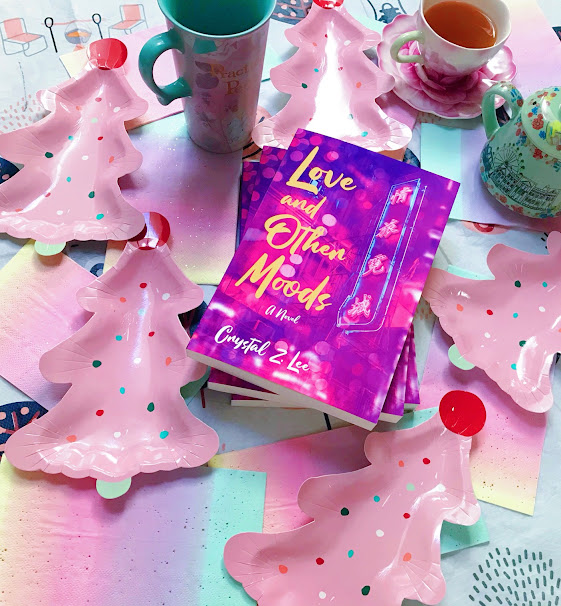 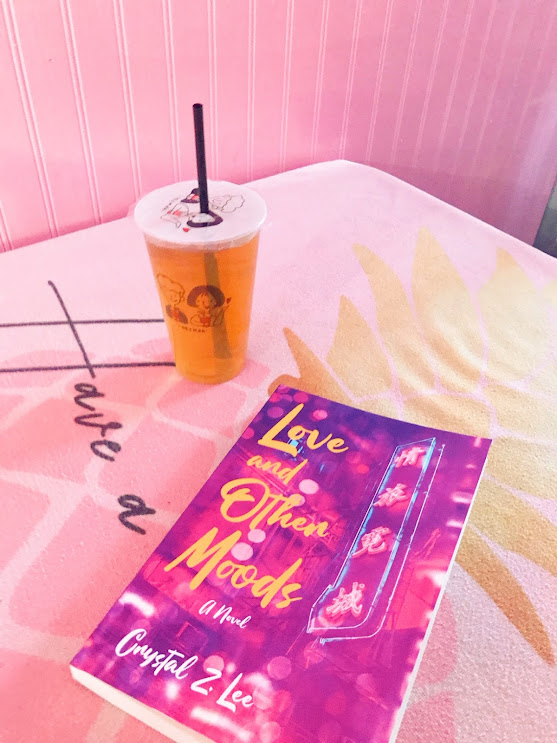 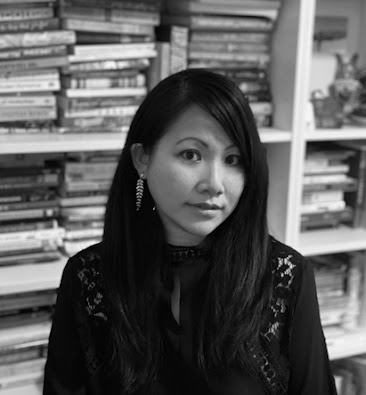 Crystal Z. Lee is a Taiwanese American bilingual writer. She has called many places home, including Taipei, New York, Shanghai, and the San Francisco Bay Area. She was formerly a public relations executive who had worked with brands in the fashion, beauty, technology, and automotive industries. Love and Other Moods is her debut novel. She’s already hard at work on her next novel and a children’s book. 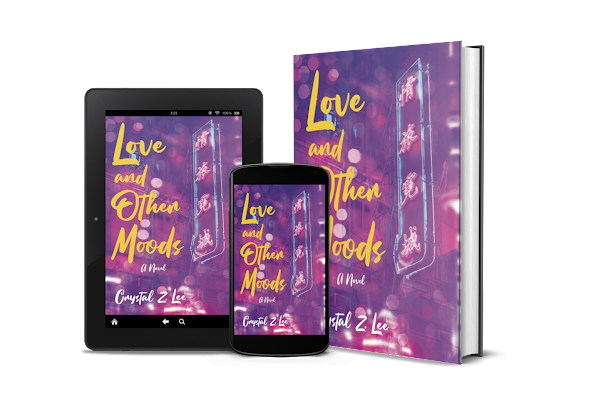