Cover Reveal: Within a Captain's Soul by Lisa A. Olech 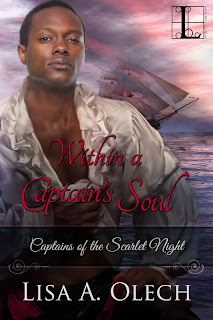 Stormy seas, a captive heart, and a coupling that breaks all the rules . . .

After years of committed service, Captain William “Bump” Quinn has finally taken the helm of the pirate ship Scarlet Night. But when rough waters send the Night off course, William winds up shipwrecked and alone on enemy shores—and prisoner to China’s most powerful pirate queen.

Captain Jian Jun is as alluring as she is formidable, and she’s careful not to let anyone too close. But the silence of the handsome Jamaican pirate in her custody intrigues her. Tempted by his topaz eyes and the strength of his character, she allows the captive into her inner sanctum. Though their bond defies all convention, Jun finds she is powerless against the emotions Will stirs in her. She prays their first union will not be her last. But with danger lurking in unexpected places, her beloved pirate may soon get the chance to prove he is every inch the hero he seems in her arms . . . 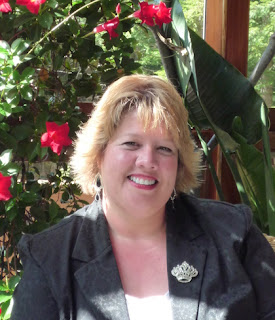 Lisa A. Olech is an artist/writer living in her dream house nestled among the lakes in New England. She loves getting lost in a steamy book, finding the perfect pair of sexy shoes, and hearing the laughter of her men. Being an estrogen island in a sea of testosterone makes her queen. She believes in ghosts, silver linings, the power of a man in a tuxedo, and happy endings.